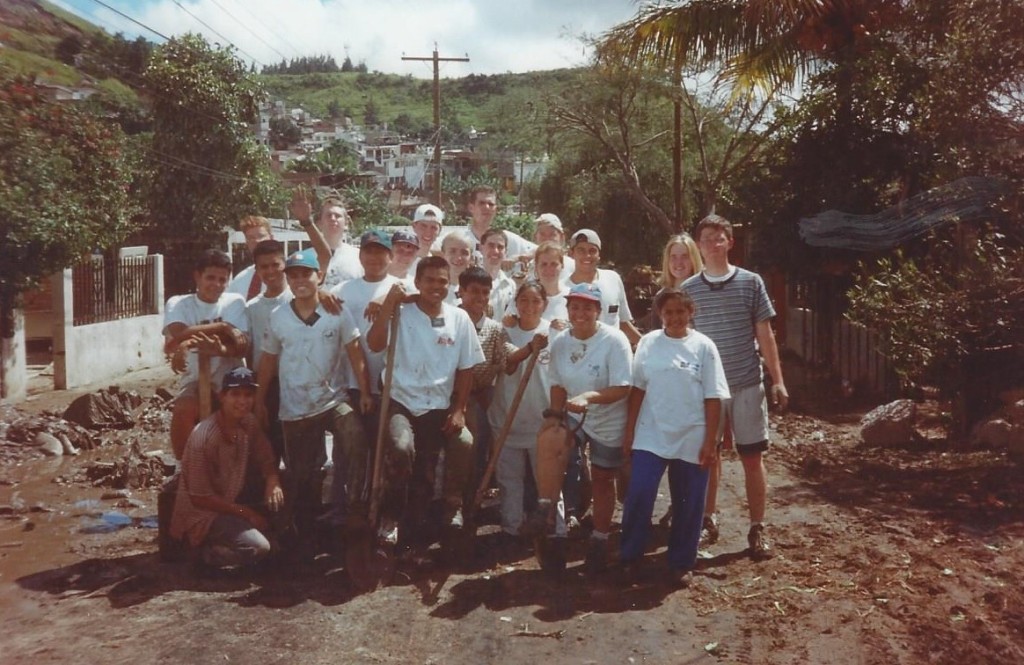 In 1999, a 19-year-old boy stepped off the plane. Growing up in a small town in Arizona, looking around Tegucigalpa, Honduras, where he now walked was shocking. Josh had committed with his church to spend two years in a country, which he had only vaguely heard of before. His commission was to do his best to help the people of this unknown and unfamiliar land better their lives and teach them about Jesus Christ.

His time in Honduras brought many adventures. A few days after entering the country, he was attacked by a local drunk and then rescued by the neighborhood women. He befriended gang members, contracted malaria, lived through Hurricane Mitch and helped the community rebuild, but most significantly, he grew to love the people of Central America, and Honduras in particular. He developed tender compassion towards the people who lived in extreme poverty, which permeated the country.

After leaving the country when his two-year commitment expired, Josh made several return visits–spending time enjoying the country and culture, relaxing on the local islands and visiting friends. As life moved forward, he went to college, met his wife and started a family, making additional trips difficult. Despite all the time that passed, Honduras never left his heart or mind.

In January of 2019, many years since last visiting the country he loved, Josh returned to Central America to visit old friends. The young men beside whom he had once worked were now grown and supporting families of their own. Revisiting the land, his heart was again profoundly touched by the plight of the people in Central America–disabled men begging at bus stops, children running barefoot in the streets, families living in falling down shanties. He felt compelled to do something to help.

Back in the high desert of Colorado, his wife and children planned a small fundraiser while their dad was away–selling bracelets to friends and family on Facebook.

In a few days, $1,000 had been raised. Josh took the money directly to the people of El Salvador where he was visiting at the time–donating money to the elderly selling products on the street, delivering food to impoverished families in the local village and donating supplies to a children’s home where orphaned, disabled children, and adults with severe handicaps lived.

During Josh’s visit, he found that many local individuals were both willing and ready to help those less fortunate than themselves.

From this experience and a desire to do more Life Differently was born.

iThere are no comments